Firefighters Honored with Medal of Valor 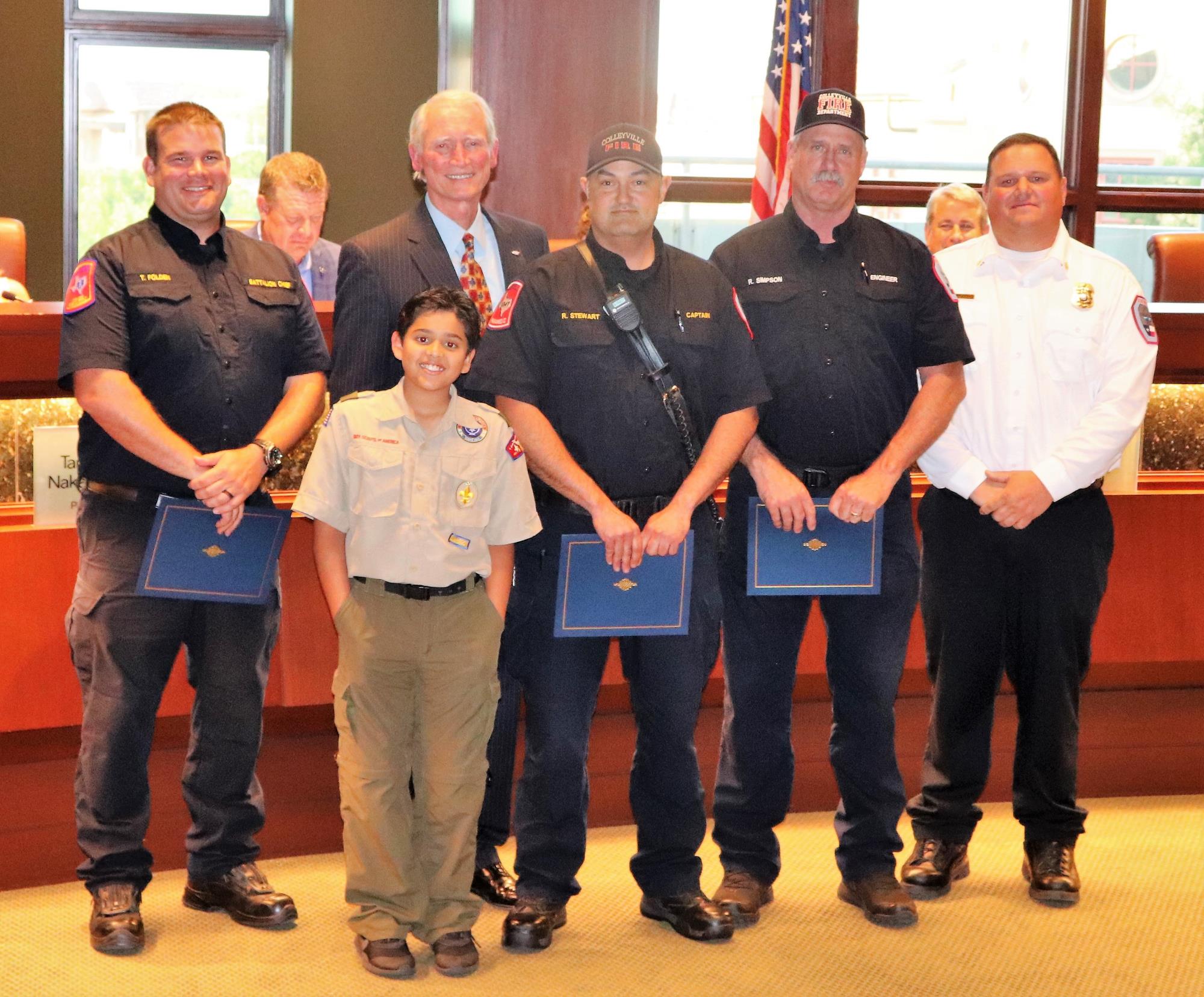 Martin Mendoza received the Colleyville Fire Department's Medal of Valor at Tuesday’s City Council meeting for their actions while assisting the Keller Fire Department on a call.

On Wednesday May 8, Engine 243 responded to a reported structure fire in the City of Keller. After being on scene for a short time, crews working on the second floor became disoriented and felt the floor beginning to deteriorate. Within seconds, the Rapid Intervention Team (RIT) made up of Stewart, Simpson, and Mendoza was activated. They entered the house and navigated toward the second floor where they encountered thick black smoke. Poor visibility due to the smoke made locating the lost firefighters extremely difficult. Even under such trying circumstances, the RIT crew was able to locate all of the lost firefighters and assist them in safely evacuating the structure. All of their combined actions took less than six minutes, from the time that the mayday was called to the time that all firefighters were able to exit the structure.

Stewart, Simpson, and Mendoza went above and beyond the normal call of duty and entered a structure that was dangerous enough that other crews working the call became lost and feared for their survival. The RIT team worked bravely to find the missing firefighters and guide them to safety.

The Medal of Valor is awarded to fire personnel for outstanding work involving great risk, for an act of such nature as to bring honor and recognition to themselves and the Department, or for any individual wounded or having suffered serious bodily injury through honorable circumstances in the line of duty. This award is also presented to members of the Department who perform the rescue of another person in situations where the threat of loss of life to the rescuer is extreme.

We thank these brave men for their service and tireless dedication to serving the residents of Colleyville and the surrounding community.
Return to full list >>
View Full Site